Is there ever an end to Stardew Valley?

Stardew Valley is a farming simulation role-playing video game developed by ConcernedApe and published by Chucklefish. The game was first released for Microsoft Windows in February 2016, and since then it has been released for a variety of platforms including Nintendo Switch, PlayStation 4, Xbox One, and mobile devices.

The game is set in a fictional valley where the player takes on the role of a character who has inherited a run-down farm from their grandfather. The player is tasked with restoring the farm to its former glory by planting crops, raising animals, and completing various tasks and missions. 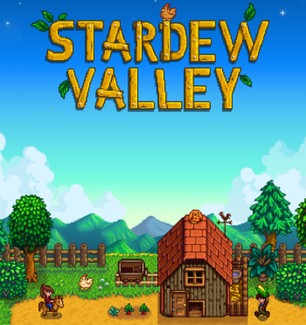 One of the key features of Stardew Valley is its open-ended gameplay, allowing players to choose their own path and play the game at their own pace. There is a wide variety of activities that players can engage in, including farming, mining, fishing, and even combat in mines. The game also has a strong emphasis on relationships, players can build relationships with the valley’s inhabitants by giving them gifts and engaging in social activities.

Stardew Valley has a charming pixel art style and a relaxing soundtrack, that combine to create a wholesome and immersive gaming experience. The game has been well-received by critics and players alike, with many praising its depth, open-endedness and the sense of accomplishment it provides.

Furthermore, the game have been expanded with a rich modding community that bring new features and enhancements. It has also been a huge success commercially, selling over 10 million copies as of 2020.

In addition to the farming and relationship-building aspects of the game, there are also a number of other features and activities that players can engage in. One of these is mining, where players can explore the mine beneath the valley and fight monsters in order to collect ores and gems. These resources can then be used to upgrade tools and weapons, or to craft new items.

Another feature of the game is fishing, where players can fish at various locations throughout the valley using a variety of baits and lures. The fish that players catch can be used as food, or can be sold to earn money.

The player can also take on various quests from the inhabitants of the valley, these quest usually lead to player find new items, uncover new location and/or improve their relationship with the other characters.

As the player progresses in the game and earns more money, they can also expand and upgrade their farm by buying new land, building new structures, and purchasing new equipment. The player’s farm can also be customized with a variety of decorative items, such as sculptures, fences, and more.

Additionally, the game also has a seasonal cycle, the player needs to adapt their farm according to the season as different crops can be planted, harvested, and harvested in each one, also the weather and events change every season.

Finally, one of the most unique and enjoyable aspect of the game is the ability to take on any role you desire, while the objective is to become the best farmer you can be. You can focus on farming, mining, combat, fishing, quests, relationships and many other activities. You could be a combat specialist, a master farmer, a professional fisherman, a skilled crafter, or any combination thereof.

All in all, Stardew Valley is a game that offers a wide range of features and activities for players to enjoy. Its open-ended gameplay and emphasis on relationships, farming, mining, fishing, and customization make it a very enjoyable and immersive experience. The game’s charming pixel art style, relaxing soundtrack, and the sense of accomplishment it provides make it a must-play for fans of farming simulation and role-playing games.

Does Stardew Valley end after 3 years?

Stardew Valley does have an end goal, which is to complete a certain number of specific objectives, like restoring the Community Center, earning a certain amount of money, or reaching a certain level in skills, but it doesn’t end after 3 years specifically, you can keep playing after that.

The game is considered completed once you have fulfilled these objectives, but the player is still able to continue playing and farming, if they so choose. The point is to make the player have the freedom of what to do, the completion only means that the player achieved the objectives that the game have but does not necessarily mean the end of the game itself.

Can I play Stardew Valley for free?

Stardew Valley is a paid game, and as such it must be purchased in order to play it legally. It is available for purchase on a variety of platforms such as the Steam store, the Nintendo eShop, the Xbox Live Marketplace, the PlayStation Store, and the Apple App Store, among others. The price of the game may vary depending on the platform, but it is typically around $15.

It’s worth to be mentioned that downloading and playing the game through illegal means, such as torrents or cracked versions, is not only against the terms of service but also it can lead you to have malware or viruses on your device. Also, as a developer’s income comes from the sales of the game, by pirating the game you are potentially taking food out of the developers’ table.

Stardew Valley is a farming simulation game and it does not contain any explicit or graphic content. The game is rated E for Everyone by the Entertainment Software Rating Board (ESRB) and the Pan European Game Information (PEGI) rating system, indicating that it is suitable for all ages.

The game’s content mainly consists of farming, mining, fishing and interacting with the inhabitants of the valley. There’s no sexual or violent content, but there are some references to alcohol and some characters have mild flirtatious dialogues. These elements should not be considered as inappropriate, but rather as a reflection of rural life.

Overall, Stardew Valley is a family-friendly game that is suitable for players of all ages, and does not contain any inappropriate content.

Is Stardew Valley good for your brain?

Stardew Valley, like other video games, can have some positive effects on the brain. For example, playing the game can improve certain cognitive skills such as spatial awareness, problem-solving, and attention to detail. The farming and resource management elements of the game can also help players develop planning and organization skills.

Also, playing Stardew Valley has been associated with a reduction of stress and anxiety, since farming games in general can have a calming effect, this is because the repetitive actions of farming like planting, harvesting, and caring for animals can be meditative and make you forget about the problems in your life for a moment.

Additionally, the game’s emphasis on building relationships and the social aspects of interacting with the inhabitants of the valley can help improve social skills and empathy. Furthermore, the game’s open-ended nature, which allows players to set their own goals and determine their own path, can help foster self-motivation, creativity, and a sense of accomplishment.

It’s worth noting that playing video games in moderation is important for maintaining a healthy brain. Excessive gaming can lead to addiction and negative effects on the brain and body, such as poor sleep, lack of physical activity, and poor nutrition. It’s also important to have a balance in the activities you do and make sure to spend time with friends and family, engage in physical activity, and take breaks from screens.

In summary, playing Stardew Valley can have some positive effects on the brain, such as improving cognitive skills, reducing stress and anxiety and fostering social skills, creativity and a sense of accomplishment. However, it’s important to play in moderation and have a balance in the activities you do.

Can you get drunk in Stardew?

In Stardew Valley, there is an option for your character to drink wine, mead or beer, which can be produced from the fruit or honey and hops that can be grown in the farm. These drinks can be purchased from the town’s saloon or made by the player with the correct facilities and ingredients.

When your character drinks, they will become temporarily “drunk” and the screen will become blurred, similar to the effects of alcohol in real life. The character’s movement also become slightly harder to control, but otherwise doesn’t affect gameplay in any meaningful way.

It’s worth noting that this aspect of the game is intended to be fictional and should not be considered a representation of the effects or consequences of alcohol consumption in real life. The game’s developer, ConcernedApe, has said that it is intended to be a light-hearted and playful feature rather than a serious or realistic depiction of alcohol use.

Can Stardew Valley people divorce you?

In Stardew Valley, you can interact and form relationships with the different non-playable characters (NPCs) that live in the Valley. You can increase your relationships with them by giving them gifts, talking to them, and participating in events. Some NPCs will also have a love event where you can “propose” to them and start a romantic relationship.

Once you’re married, you will have some perks such as your partner will have a gift waiting for you every day, as well as a bonus to friendship, and a bonus to certain actions, but there’s no divorce mechanic in the game. NPCs won’t “divorce” you, they will stay married to you, even if you don’t interact with them.

It’s important to note that the marriage in the game is fictional and it doesn’t have any negative impact on the gameplay, the objective is to simulate the farming and rural life, not to simulate all the aspects of marriage. There’s no concept of infidelity or fighting with your partner, and there’s no consequence for not interacting with your spouse.

Overall, the relationships and marriage in Stardew Valley is a light-hearted and playful feature rather than a serious or realistic depiction of it. The game’s developer wants to provide the player a sense of accomplishment and immersion in the farming life, allowing the player to focus on farming and other activities without being worried about negative aspects of real-life relationships.

Overall, Stardew Valley is a charming and relaxing farming simulation game that offers a wide variety of activities for players to enjoy. Its open-ended gameplay and emphasis on relationships make it an engaging and immersive gaming experience.