Why is Project Zomboid suddenly so popular?

Project Zomboid is a survival horror video game that was first released in an early access version in 2011. The game is set in the fictional town of Muldraugh, Kentucky, and the player must survive against hordes of zombies known as “Zeds” in a post-apocalyptic world.

The game features open-world exploration, base-building, and resource management. The player must scavenge for food, water, medicine, and other supplies, while also fortifying their base and defending against the constant threat of zombie. Additionally, the game includes a complex injury and illness system, as well as a skill-based progression system, which requires players to make strategic choices in order to survive.

One of the unique aspects of Project Zomboid is its emphasis on community. The game includes a robust multiplayer mode, allowing players to form groups and work together to survive. Additionally, the game’s developers, The Indie Stone, have a strong relationship with the game’s community, regularly communicating with players and incorporating their feedback into the development of the game.

Project Zomboid has received positive reviews from critics and players alike, praising the game’s deep gameplay mechanics and immersive world. However, the game is still in development, and some of the features are still in progress. The final version will have features like story-based missions, more NPC interactions, and many more content in general.

Another unique aspect of Project Zomboid is its dynamic, ever-changing world. The game features a day-night cycle, as well as dynamic weather conditions, which can affect the player’s ability to survive. For example, the player must avoid being outside during the night, when zombies are more active, and must also find shelter during inclement weather to avoid hypothermia.

Additionally, Project Zomboid has a realistic and gritty tone, which sets it apart from other zombie games that focus more on action and gore. The game’s world is grim and hopeless, and the player must constantly struggle to survive. The game also includes a wide range of emotions, where player may feel a sense of desperation, hopelessness, and even despair.

Project Zomboid is a true sandbox game, where the players have freedom to approach the gameplay in multiple ways. For example, players may choose to build a fortified base and focus on defending against the zombie, or they may choose to be nomads, scavenging for supplies and avoiding zombies as much as possible. There is also a variety of skill set, item and weapons for the player to choose from.

Another aspect that sets Project Zomboid apart from other survival games is the inclusion of a detailed crafting system. Players can collect resources from the world and use them to create new items, weapons, and tools. This feature provides players with an additional layer of depth, allowing them to customize and personalize their experience.

Project Zomboid is a highly immersive and challenging game that offers players a unique and realistic survival experience. It emphasizes community, player choice, and strategic thinking, which sets it apart from other zombie games in the market. The game’s developers continue to work on improving and expanding the game, keeping the interest of its fanbase.

Why is Project Zomboid suddenly so popular?

The game simply has a dedicated fanbase that continues to recommend the game to new players over time. It’s a complex phenomenon and multiple factors might have contributed to its sudden increase in popularity.

Is Project Zomboid PC only?

Project Zomboid is primarily available on PC, and was initially released for Windows in 2011 as an early access game. It also available on Linux since 2013 and Mac since 2014. The game can be purchased on Steam and other digital distribution platforms, as well as on the game’s official website.

The game also has a sizeable following on the modding community on Steam. While the game has not been officially released on other platforms such as console, it is possible that some dedicated fans may have found ways to play the game on other platforms, but it would not be officially supported.

What’s the goal of Project Zomboid?

The goal of Project Zomboid is to survive as long as possible in a post-apocalyptic world overrun by zombies, known as “Zeds” in the game. The player starts with a set of basic resources and equipment and must use them to scavenge for food, water, medicine, and other supplies while also fortifying their base and defending against the constant threat of zombies. The game is open-world and has no specific storyline, instead, the goal of the game is to survive as long as possible and make the most of the resources available to the player.

As you survive, the player will have to face different challenges, such as hunger, fatigue, sickness and many more. As the player progress, they will be able to build and improve their base, manage and develop their skills, scavenge for resources, craft tools and weapons, find other survivors and much more. The game is focused on a deep gameplay, the player will have to make strategic decisions and manage their time carefully.

As there’s no endgame or definitive victory condition, the player will have to find their own way of surviving, whether it be fortifying a base or being a nomad, the player will have the freedom to choose their own path. With its open-world gameplay and deep mechanics, Project Zomboid provides endless opportunities for players to experiment and test their survival skills. 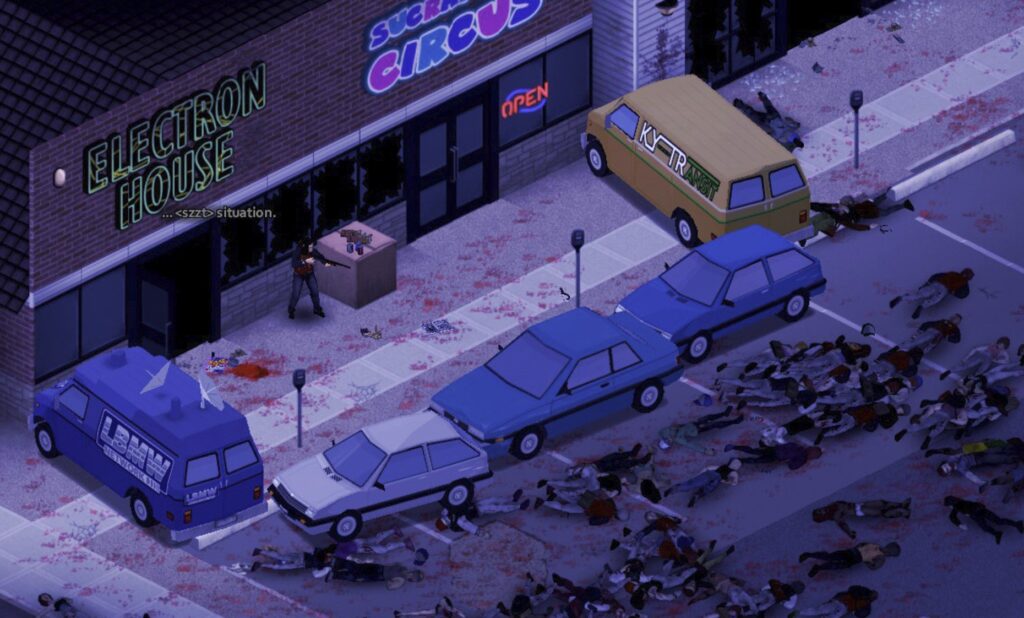 How many hours is Project Zomboid?

Project Zomboid is an open-world sandbox game, which means that the game has no set end-point and the length of the gameplay is dependent on the player’s choices and actions. So it is hard to give an estimate of the length of the game in terms of hours. However, some players have reported spending hundreds of hours on the game, as there is a lot to explore and discover, and the game’s mechanics are very deep and complex.

Additionally, the game features a robust multiplayer mode, which allows players to team up with others and survive together. This can add a lot of replayability to the game, as players will have different experiences and challenges depending on who they play with.

It’s important to note that the game is still in development and the final version, with all the features, will have more content, story-based missions and more NPC interactions which will make it even more engaging and longer for players to enjoy. So the hours of gameplay can vary a lot.

In short, the number of hours you will spend on Project Zomboid will depend on your level of engagement with the game and the choices you make in terms of your playstyle and goals. Some players may spend only a few hours on the game, while others may spend hundreds of hours.

Overall, Project Zomboid is a challenging and engaging survival horror game that offers a unique and immersive experience. Its open-world gameplay and deep mechanics provide endless opportunities for players to experiment and test their survival skills.